About Japan Association of Latin America and the Caribbean (JALAC) Since the turn of the new millennium and amidst the rise of Brazil, Mexico, and other emerging economies, Japan’s relations with Latin America and the Caribbean have grown even closer and stronger. Our peoples have enjoyed a long history of migration and many years of economic cooperation. Such are the foundations of our deep friendships, which now extend to trade and investment in natural resources, energy, information and communications infrastructure, and other sectors.

I hope that all visitors to JALAC’s website will relate to and support the dedicated efforts of this association, whose ongoing aims are to promote mutual understanding between Japan and Latin America and the Caribbean, and to contribute to their collaborations across diverse industries and academic fields. We would like to ask for your continued support.

With strong support from the government, businesses, academia and civil society, JALAC was founded on July 1, 1958, by merging three organizations into one with the aim to create an integral private-sector diplomacy forum in Japan with Latin America and the Caribbean. Three organizations are the following: 1) Japan-Latin America Central Association, affiliated organization of Japan’s Ministry of Foreign Affairs; 2) Latin America Committee; and 3) Pan American Association.
On April 1, 2013, JALAC changed its legal status from a special civil law corporation to a general incorporated association.

Management (Board of Directors)

JALAC organizes around 30 seminars, roundtables etc. inside and outside Japan every year by inviting dignitaries and diplomats from Japanese and foreign governments, scholars and researchers from various universities and institutes, and business people. 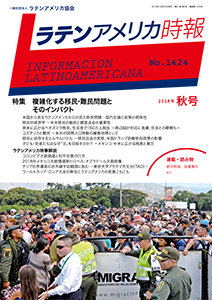